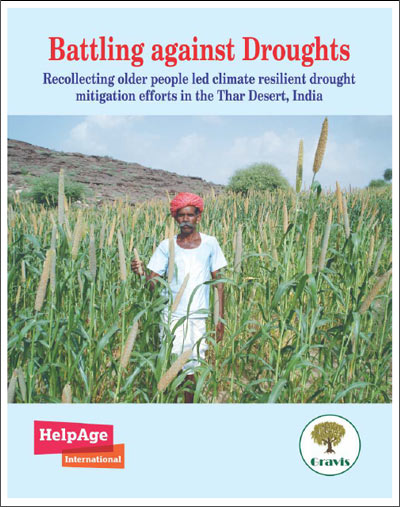 Droughts have been a major development challenge in India and in many other countries of the world. Older people livingin rural India have to live very difficult lives impacted by droughts. As a result, there are severe poverty and health and nutrition challenges faced by older people. At the same time, older people with their knowledge and wisdom have also been effective leaders on drought mitigation.