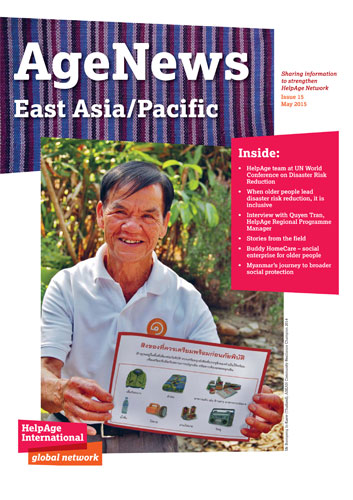 This issue of AgeNews highlights the 3rd UN Conference on Disaster Risk Reduction (DRR) held in Sendai, Japan last March. The Sendai Framework recognised older people as “invaluable assets to reduce disaster risk” and called for them to be “included in the design of policies, plans and mechanisms.” People in later life can play an active role in disaster preparedness, not only learning from experience, but also preparing for the sometimes uncertain future.