Age Demands Action (ADA) is a global grassroots campaign led by older people who are challenging age discrimination and fighting for their rights. At present, the campaign is held in 60 countries with over 100,000 campaigners taking part each year by joining marches, meeting governments, collecting signatures to petitions and speaking to the media.

Over the years, a petition calling for governments to support a UN convention has gained a massive popularity and received over 250,000 signatures, including signatures from high level officials such as the Prime Minister of Nepal, members of the Ministry of Foreign Affairs in the Philippines and members of the European Parliament in Slovenia.

The ADA campaign has three spikes every year:

In 2017, we celebrated 10 years of Age Demand Action. Tens of thousands of older people in Asia Pacific and the rest of the world fought to protect their rights. From demanding better mental health services to putting an end to elder abuse – Age Demands Action campaigners made their voices heard.

Let’s look back at what campaigners in Asia have achieved. 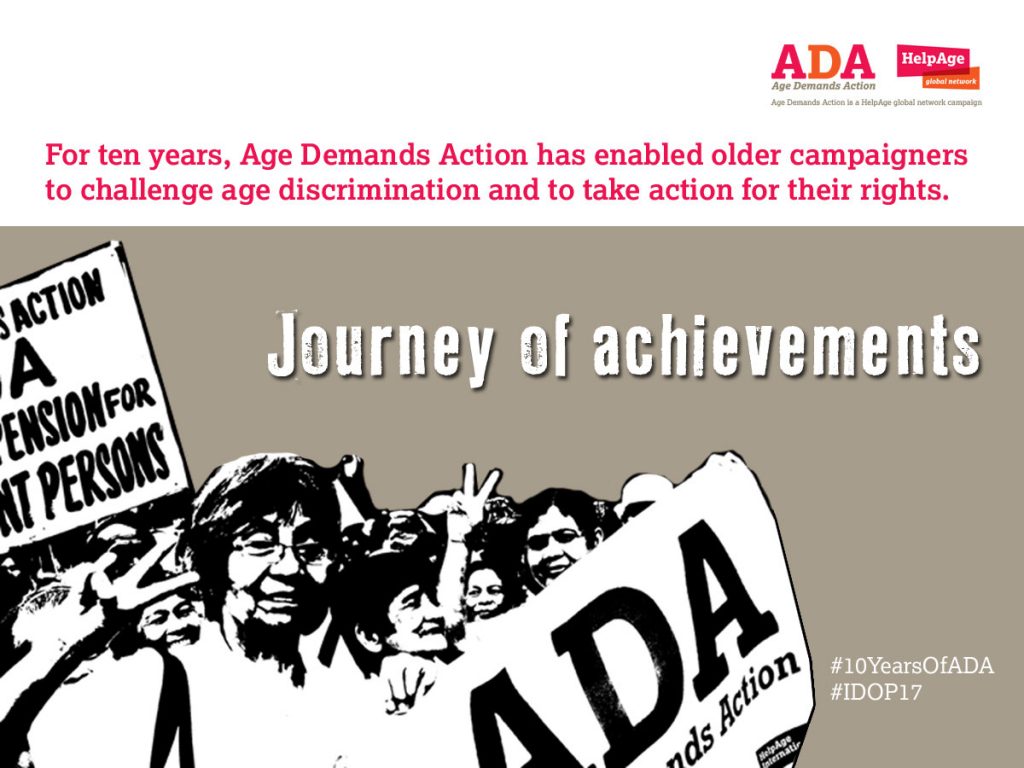