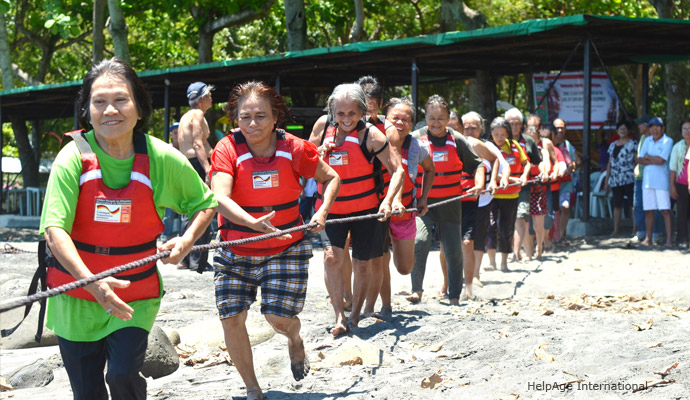 Asia and the Pacific region are impacted by natural hazards to greater extent than any other region in the world. Every year, disasters cause significant loss of life and hinder economic and social development.

In the past five years, the region experience major disasters include floods in Vietnam, Thailand and the Philippines; volcano eruptions in Indonesia; tsunamis, typhoons and cyclones in Myanmar and the Philippines; and storm surges in Bangladesh, drought and earthquakes in Nepal, for example. During the past decades an average of more than 200 million people have been affected and more than 70,000 people killed by natural disasters each year.[i]

The number of natural disasters is rising and the effects of climate change mean the number of people affected by emergencies is predicted to rise dramatically over the next decade.

Emergencies affect most those people who are already vulnerable such as the poor, near-poor and older people. The problems these groups face are compounded by the destruction of their families and communities.

In the chaos associated with the early stages of emergencies, older people are physically less able than most other adults to struggle for foods and other resources. They cannot travel long distances to where resources may be more readily available and find it difficult to endure even relatively short periods without shelter and amenities.

Many older people had problems in accessing relief aid as they are forced to compete with able-bodied people. Additionally, loss of life caused by emergencies results in trauma and grief and creates greater vulnerability, for example through isolation or increased responsibilities caring for survivors.

Older people have specific needs in emergency situations. For example:

Preparing for a potential emergency can reduce its impact. Examples of preparedness activities include:

Responding to an emergency

How older people help in an emergency

The social knowledge, experience and credibility of older people are critical in identifying and targeting the most vulnerable in a community. Older people can also play an active role in organising and distributing relief materials.

Both older men and older women play crucial roles in emergency situations, such as:

The psychosocial wellbeing of older people post-disaster is enhanced by encouraging them to get involved in activities and initiatives that help others. Older people who remain engaged develop a sense of self worth and no longer feel like passive victims, therefore alleviating feelings of helplessness or depression.

How the HelpAge network helps in an emergency

The HelpAge network works to ensure older people are included in immediate and long-term humanitarian relief efforts on the ground, and in humanitarian policies and guidelines. Following an emergency, HelpAge International and network organisations:

The impact of emergencies can be reduced with a focus on prevention and early action as resilient households and communities have the ability to adapt to changes including disasters and other stresses.

In addition, there are several actions governments and organisations can do to improve the lives of older people:

[i] UNESCAP (2011) Statistical Yearbook for Asia and the Pacific 2011, available http://www.unescap.org/stat/data/syb2011/II-Environment/Natural-disasters.asp

HelpAge is the only international development agency to focus on older people’s specific needs in emergencies and humanitarian crises. Emergencies we responded to include:

The project aims at timely and effective emergency actions associated with natural disasters. 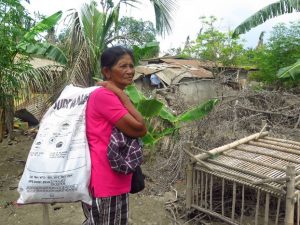 Older people have a lifetime of experience, knowledge and skills. Recognise their capacity and include them in all stages of disaster management to create resilient communities for all.