On 22 August 2019, HelpAge Cambodia organised a dissemination workshop on the research findings on the issues facing and the needs of older people in Phnom Penh. Seventy-four participants joined this workshop including government officials, development partners, NGOs, educational institutions, universities, representatives of the media and members of the Cambodian Ageing Network (CAN) from six provincial capitals (Kampong Thom, Pursat, Battambang, Banteay Meanchey, Siem Reap and Phnom Penh). 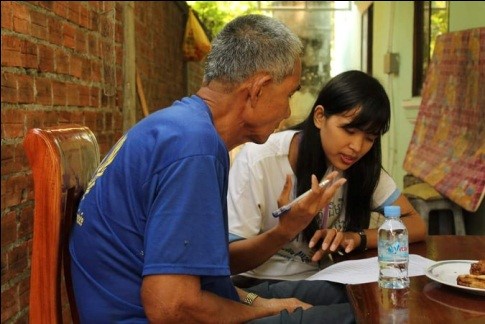 The Research entitled “ Needs and Challenges of Older People” was conducted in collaboration with the National Institute of Social Affairs and other relevant ministries starting at the end of 2018. The research aimed to understand the needs and challenges of older people, especially older women and older people with disabilities in relation to health, economic, community engagement and policy gaps. Using a mixed methodology, the research results were obtained from 316 older persons, including 219 female aged 60 to over 90. The investigations queried the older population about their Activities of daily living (ADL) and Instrumental Activities of Daily Living (IADL) performance, disabilities, cognitive difficulties and depression, dietary nutrients, family health care and economic support, and examples of abuses. More in-depth analysis such as correlation studies were applied to understand the relationship between and influence of some variables.

In its conclusion, the research provided recommendations to the government and relevant institutions working in the sectors as follow: