Seed money: the opportunity for a better life

Seed money: the opportunity for a better life 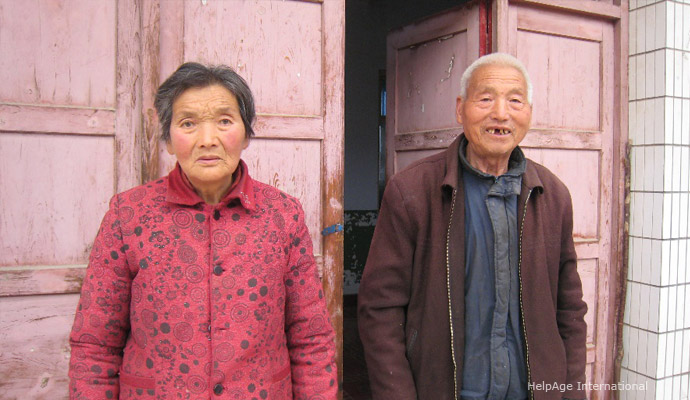 The couple has two sons and a daughter. They live with their grandson. Their youngest son migrated to another province to work and comes back home to see them a few times each year. Their daughter visits them from time to time and their elder son lives close to them and can look after them when needed.

Liu’s wife has several medical problems including stroke, arthritis and cholecystitis. His wife spent about 4,000RMB in 2013 on medical treatments for her health, which is a heavy burden for such a poor family. Although they have rural health insurance, they still have to pay for her daily medicines from their own pocket.

His son is farming the older man’s land as the older couple cannot manage farming. Liu used to do some temporary labour work in Linyou, such as on construction sites, to earn some money. But the employer decided that Liu is too old and refused to hire him anymore, so Liu’s major source of income has been cut off. He worries about their income, especially because his wife needs to spend a fair amount of money on medicines each year. Liu Jianzhong now shoulders the responsibility of looking after his sick wife on daily basis.

Since the Older People’s Association (OPA) was established in 2012 in his village, Liu Jianzhong attends OPA activities quite often as their home is close to the OPA activity centre. Liu says that he joins these community events mainly for two purposes, “I go there to meet others and this can release my mental stress, and I also enjoy different types of cultural shows there, such as drum playing and chess”.

In August 2013, the village OPA got some seed money, provided by a project funded by the Kadoorie Charitable Foundation. Liu knew that poorer older people could access loans after attending the seed money community orientation meetings. He saw this as a great opportunity and applied for a seed money loan to raise some goats.

After the process of poverty ranking, application and approval, Liu finally managed to sign a contract with the OPA and borrowed 5,000RMB for his livelihood activity.

“I cannot farm anymore as I am too old and have to look after my wife. But keeping goats is simple and I did this long time ago and have some experience”, says Liu Jianzhong.

Liu also borrowed some money from a relative and eventually bought a total of 14 goats in 2013. Later in the year these goats bore 14 kids. In order to collect more money for medical treatment for his wife, Liu sold all 28 animals in March 2014, repaid his loan and made more than 10,000 RMB profit.

He says with happy smile “seed money is very good and helpful for my family. Without such a loan, I cannot easily manage to get enough money to buy 14 goats. I will use the profit to pay my wife’s medical costs.” Liu Jianzhong plans to buy 4 or 5 new goats with any money left after the medical treatment. He is quite satisfied by his ability to earn money by himself, because he knows that his children cannot give them much money as they are also poor.

The OPA and village committee recommended Liu as a potential MLA (minimum living allowance) beneficiary in Tuqiao village. Liu Jianzhong was touched and said “OPA cares for us a lot and we now live with more dignity.”