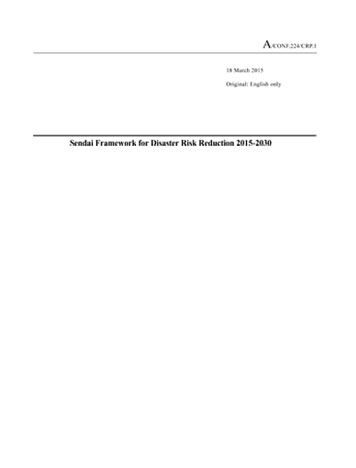 The Sendai Framework is a new global framework for disaster risk reduction, which builds on the previous Hyogo Framework for Action (HFA) released 10 years ago.

This new Framework outlines seven global targets and four priorities of action to be achieved over the next 15 years.