The information on the ageing population in this country is presented under three sections: 1.) Situation of older people, 2.) Key facts  and 3.) Government policies related to older people 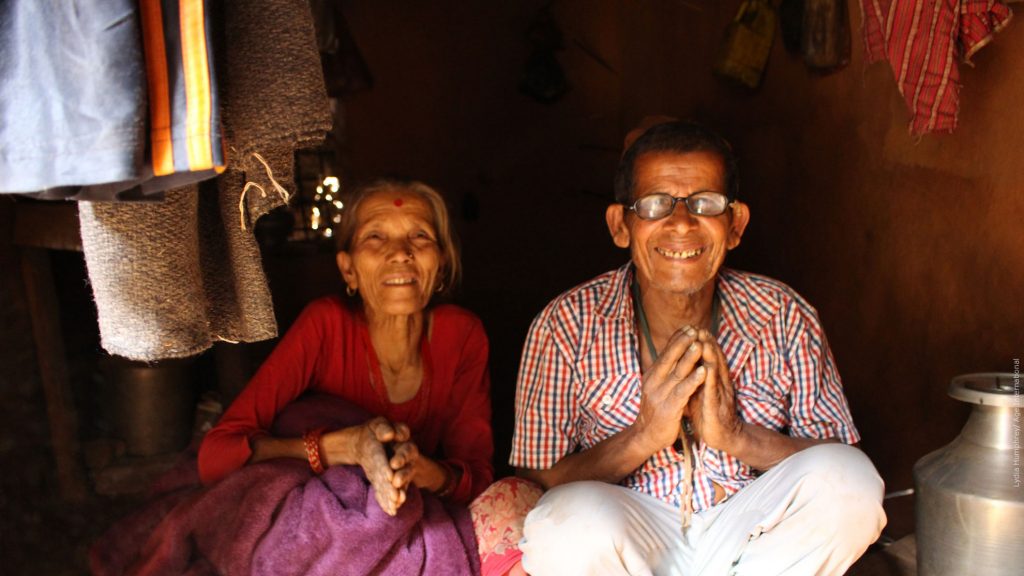 Older people need care and support
An ageing population increases the demand for health services. Older people suffer from both degenerative and communicable diseases due to the ageing of the body’s immune system. The leading causes of morbidity are infections, while visual impairment, difficulty in walking, chewing, hearing, osteoporosis, arthritis and incontinence are other common health-related problems.

Older people struggle with poverty
Bangladesh is rated 136th out of 189 countries on the latest United Nations Human Development Index Ranking in 2018. Only a third of people (33.4%) older than the statutory pensionable age in Bangladesh receive an old-age pension (contributory, noncontributory or both). Over time, there will be fewer and fewer working age people to provide economic support during old age with the old-age dependency ratio expected to double in the next few decades.

Below are the key statistics on Nepal’s population of older people:

Health and care
The Thirteenth Plan aimed to create a Rural Community Public Health Programme, to address the issues of healthy aging and the risk of non-communicable diseases. The policy also focused on improving treatment services for the elderly and implementing preventative measures for no-communicable diseases in primary health services to improve national community care amongst the elderly. Primary health care provided by the government is now free in rural areas, and The Thirteenth Plan aimed to ensure all citizens had ease of access to the resources available to them.

Older people’s associations
The Centre for Welfare of Senior Citizens monitors Senior Citizens Clubs throughout Nepal, which aim to encourage elderly participation within communities and encourage independence and integrity amongst older persons.

Social pension
There is a social pension in place in Nepal for low income older people. The Old Age Allowance is available for those over 70, though the age of eligibility is reduced to 60 for Dalits and those in the Karnali zone. Of those who are eligible over 70, 79.9% of the population are in receipt of the Old Age Allowance, and receive 2,000 Rupees per month.

More information can be found on the Government website here.

Our network
The following organisations are part of the HelpAge network in Nepal:

HelpAge International. 2012. Ageing in the 21st Century: A Celebration and A Challenge. New York: UNFPA.