Is income security possible in Asia without social pensions?

Is income security possible in Asia without social pensions? 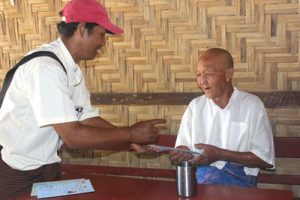 Social protection has increasingly been recognised as one of the most effective measures to tackle poverty and inequality. The International Labour Organization’s (ILO) Social Protection Floors Recommendation (no. 202) promotes four guarantees to ensure basic income security throughout the life cycle. Target 1.3 of the Sustainable Development Goals specifically calls for social protection for all, including social protection floors. The Asia and Pacific region has seen noticeable expansion in social protection coverage in this century. For example, a number of programmes have been introduced in the ASEAN countries, supported by the ASEAN Declaration on Strengthening Social Protection and an action plan for its implementation.

However, the majority of people continue to lack basic social protection benefits. According to the ILO, 61 per cent of people in Asia and the Pacific continue to be unprotected by any type of social protection. Governments often claim that financial constraints are the reason for the persistent low coverage of social protection, yet many low- and middle-income countries have accepted this important role of government to protect its citizens and have introduced sustainable and affordable programmes.

Pensions are the main form of social protection for older women and men in the world, including in this region. Yet nearly half (45 per cent) of older people do not receive any type of pension. Contributory and non-contributory pensions are the two main approaches. Offering pension coverage through the contributory channel, which requires individuals to contribute throughout their working lives, has been challenging. The coverage gap is particularly glaring in countries where there is persistent informality in the labour force, which is the reality of most low- and middle-income countries. Once it was optimistically assumed that as countries developed economically, an increasing share of their workforce would be covered by formal employment-based protections. The evidence suggests this anticipated trend has been elusive. People in the informal sector are typically unable to save for old age, usually having low and irregular incomes. Women are particularly disadvantaged due to their lower wages and shorter and more frequently interrupted working lives, as they are often the main carers of dependent family members – young children and family members who are older, ill or have disabilities.

On the other hand, universal social pension programmes have been effective in increasing pension coverage in many low- and middle-income countries, as the coverage of contributory systems has stagnated. Women benefit disproportionately because a social pension responds to their cumulative disadvantages over the life-course, and more women benefit as they outnumber men because of their longer lifespans.

The journey towards a universal social pension for Myanmar began with the National Social Protection Strategic Plan, approved in 2014, which aimed for the introduction of eight measures, including social pension. From the beginning, HelpAge, along with other development partners, advocated for a broad, inclusive social protection system with a life-course approach. To give the government greater confidence and experience to put the Strategic Plan into action, in 2015 HelpAge worked closely with the Department of Social Welfare to conduct an expert feasibility study followed by a one-year pilot social pension, delivered through the existing government structure in one selected township. When a civilian-led government was elected later that year, the new government followed the same track and soon accelerated, based on the pilot experience. Through its team embedded within the national Department of Social Welfare headquarters and with support from experts, HelpAge built a unique and trusted relationship with the department through a flexible, strategic, and adaptive approach. By April 2017, Myanmar’s first universal social protection programme, the National Social Pension, was rolled out across the country. This was a substantial achievement combining political will with technical support. In the long run, HelpAge’s challenge in supporting the department will be strengthening the capacity of governmental structures in the context of rapid system expansion.