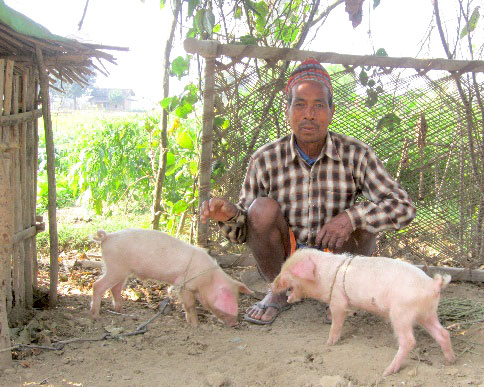 Champu Chaudary, 65, a resident of Chaumala village in Kailali District, Nepal, is an active member of the Chaumala lder people’s association (OPA) since its establishment in late 2011.

Years of feeling neglected and mistreated by his son and daughter-in-law, Champu took a loan from his OPA group in 2013 and started rearing pigs. Champu now makes a decent living selling meat produced by his pigs, contributes money to his OPA savings group, and aims to further “enlarge my enterprise.”

“The OPA’s contribution in creating an older person-friendly society in my community is heartening for people like me.”