HelpAge International established a country office in Myanmar in 2008. It has since been working closely with communities to develop multifunctional Older People’s Self Help Groups (OPSHG) and inclusive Village Development Committees (VDC) in the most marginalised areas of Myanmar. 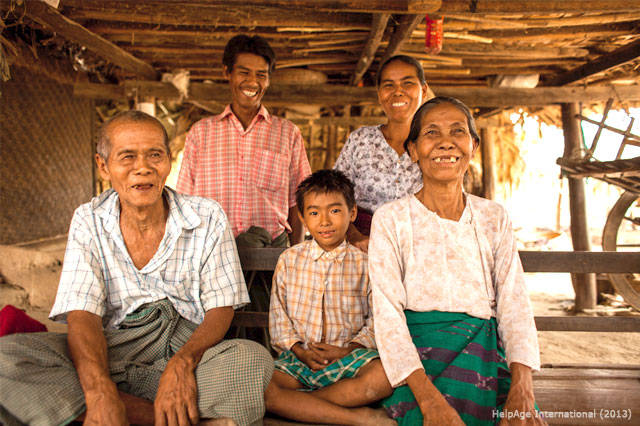 The Myanmar country office delivers the programmes directly in the community and supports local network in advocating the rights of older people at the national level. We have one ageing network committee which comprises 12 member organisations working for older people and cross-cutting issues. We also work together with the National Federation of Older People which represents all the 126 OPSHGs formed across regions and states. Both the network and federation were established in 2014 and since then have involved in national consultations of policy on ageing, drafting laws related to older persons, formulating a 20-years national policy on ageing and collaborating in 5 years action plan on ageing with the government and other key stakeholders. HelpAge International Myanmar continuously collaborates with the network and federation in organising Age Demands Actions campaigns against ageism which integrates in HelpAge global network platform.

Network in the region: